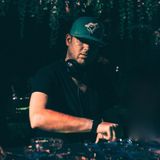 Over the past decade, Jeff Button has righteously become a staple among Toronto’s underground music community. After moving to Toronto in 2003, Button found his way into the industry as a promoter at Toronto’s former Boa Redux after hours. Within a few years, he began his DJ career, holding residencies at many of the city’s influential venues including Mod Club, The Docks & Footwork to name a few.

With a sound that’s truly bound by no genres, Button’s mixes religiously bring dance floors to life. His productions have found their way onto labels such as Seaking, LoveStyle Records and Altus Project, while his skills behind the decks have landed him bookings at Corona Sunsets, The BPM Festival, SXMusic Festival, Time Festival and Toronto’s acclaimed Electric Island Picnic & Concert series.