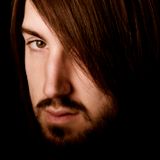 Darryl John Hannan is a twenty three year old composer from Norwich, England. He is a graduate of the University of Hertfordshire having gained a First Class Honours Bachelor of Science degree in Music: Commercial Composition and Technology. His musical roots are deep set in rock music and he found his insatiable thirst for music writing in bands at age twelve. He had over four years of playing in progressive metal bands, developing skills and techniques involving complex harmonies and rhythms, before he discovered film music. He has also had over ten years of combined musical training and has since gained extensive knowledge of classical music and orchestration. This juxtaposition of classical and rock techniques gives his music distinction. He has a very unique sound which has a very wide variety of influences ranging from Danny Elfman through Bach to Dream Theater. He always tries to be different. Since his first encounters with film scores nearly a decade ago, he has been hooked.