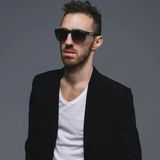 Never miss another
show from DjGogos

Dj Gogos has worked as a resident DJ in Mykonos Island (Greece) for the past 13 years, and has been the headline DJ during the Mykonos World Tour since 2004.
In his 20 years carreer he has voted as one of the top Greek DJs at the Best DJ Awards in 2009 , and he has performed in over fifty cities all over the world, including New York , Miami , Las Vegas , Los Angeles , Chicago , Sydney , Melbourne , Cape Town , New Delhi , Rome , Naples , London , Munich , Cologne , Kiev , Larnaca , Limassol, Abu Dhabi and many more
DJ Gogos music style encompasses house music with mainstream sounds,
but always with room for adjustment pertaining to the particular audience taste on a given night