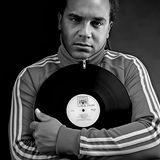 AphroDisiax Dj / Producer
Gavin Peters is at the pinnacle of the European House Scene. He is fiercely desired by promoters and clubbers alike. His unique style will take you on a journey crossing a thrilling terrain of deep, soulful, tech, minimal and tribal house. His gift to gauge a crowd and fill a dance floor has established him as one of the hottest house artists to come out of the UK. Gavin has stepped behind the decks at leading events and clubs all over the world – Ministry of Sound, Matter, Pacha, The Cross and SeOne in his hometown of London; El Divinio & Es Viva in Ibiza, WMC in Miami; and he has played alongside Dennis Ferrer, Frankie Knuckles, Shapeshifters, The Martinez Brothers, Bugz In The Attic, AFTC and Osun Lade to name but a very few.

Gavin Peters’ name went global in 2007 when he and partner Sy Sez teamed up to create the production outfit AphroDisiax. Swiftly, AphroDisiax was a heavy hitting name in the house scene, regularly featuring in the charts with anthems