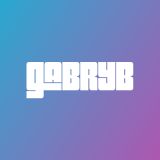 Never miss another
show from djgabryb

DJ GABRY B started forming artistically in clubs like DORIS and ROOMS in Florence in 2007. Then, after important appareance in PALAZZINA G during Venice Film Festival at VOGUE's party ,he has met his current manager and he started to play in so many important place like LE BARON in PAris, JUST CAVALLI Dubai, BOOM BOOM ROOM and PROVACATEUR New York, JIMMIZ Montecarlo etc. His music is very contaminated from Deep House and disco music and elettro sounds.