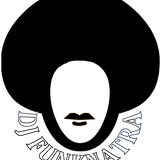 A DJ, Producer, Remixer has a growing international following through live appearances, while proving to be a force in the broadcasting arena radio station residencies and his weekly radio show Future Soul Sessions on RythmandSoulRadio.com, WorldVibeRadio.com, Indie Music Network, WDGP Radio, Indie Voice Radio on Listen Vision.com, Music Life Social Radio, Soul City Radio, the Afternoon Crunch on WINDC Radio and Jazzy Soul Radio which all boasts a growing listenership. Funknatra is also a re-nown "Jack Of All Trades" who hit the airwaves with “Future Soul Sessions“ in 2004. Now he's the Co-Founder of the NuSoul Collective which helps other indie entrepreneurs realize their potential, by advising, promoting, exposing & presenting to the world "The Best of What the Indie Soul Movement has to offer!!!!!!"