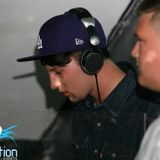 Never miss another
show from ENSALL

ENSALL is a DJ/Producer From Milton Keynes with 6 and a half year's experience as a dj and 18 years of a love for music. Although ENSALL is only 18, he has played Clubs such as Rehab Watford, Pacha London, Wonderworld and won a residency at Revolution MK after winning a DJ competition a month before turning 18. He has played for Collectives such as Footwork, Firebird MK, MKFM, Snoosh Productions, Dub Lions, Ruthless Soundz, V-2 Audio, The After School Club, Infraction, Repurkussion and made an appearance playing at Properstock Festival in 2012 before starting hiw own collective: Bootleggin'.

ENSALL is signed to PHNTMBass Media and Afterlight Records under his alias 'Stereosmoke' and is hoping to spread the name of Bootleggin' as far and wide as possible so keep an eye out!