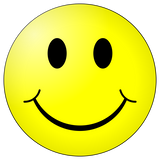 Well I have been DJing since 92, live in Bournemouth and attended many, many bangin event's in my time , I play various styles of music inc Nu N.R.G. Oldskool Hardcore, Nu Skool Breakz, Hardhouse ,Drum n Bass plus others.
I have played with some of the best up and coming dj's in the southcoast, plus a few top name inc Topbuzz,Ratpack,DJ Unknown,DJ Seduction, Dougal&Gammer, Chase n Status, Commix, Lisa Lashes, Slipmatt and more.
I Designed, maintain and co-run http://www.urbanbeatztv.com a rapidly expanding online radio/tv station specializing in DnB, Dubstep, Breakz and Old Skool bringing some of the baddest up and coming and pro DJ's on the scene today with regular guest shows.
Events I have played recently include : Paradox(Southampton) Subbassfm(Bournemouth) Carbon Wipeout( New Milton) On A Mission (Southampton)Liquid Sex(Southampton), High Velocity(Bognor),Hard Velocity(Bognor), Cut The mustard(bournemouth), Hypnosis and Positive Energy(Weymouth), Plus many more