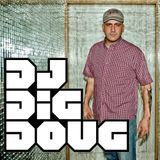 Karl K - The Best Of Oldschool Jungle Vol. 1
by TheKarlKReposted

7 hours after yesterday
by Gemini CaezarReposted

DJ Dig-Doug got his start in 1984 making hip-hop and electro mix tapes for his break-dancing crew in Detroit. In the late 80’s he cut his teeth in the Detroit Techno scene spinning at after hours clubs and house parties until he moved to Florida in 1992. He honed his chops in the Florida funky breaks scene of the 90’s spinning old-school, freestyle and funky breaks until he made the evolution into Drum-N-Bass. Dig-Doug originally made a name and reputation for himself as a DJ, promoter and event producer throughout the Orlando and Central Florida area during the funky breaks explosion in the mid-90’s, turned-on to jungle and drum-n-bass in 1994 he eventually abandoned the breaks scene and became a full-fledged Junglist in 1997. Dig-Doug has a hard-hitting, bass heavy, funky style that is unmistakably his own.