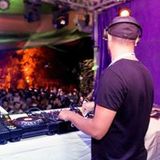 Never miss another
show from Crescent

Coming from Bucharest, Romania ... a country that generated a lot of artists, Diego (aka Crescent) was made pleasant from the beginning in summer of 2012. Adopted easily by the underground world of Bucharest because of its well-defined style, colorful, linear, deep-techno with many influences.The summer of 2016 led him to a new underground production project, changing his alias to CRESCENT and defining a style of his own in the production industry. The new alias brings more of his personality in perspective with the same vibe but better structured, in line with the Romanian Underground hype. Recently he released on labels like Wavetech Limited and Tupiar & Tzinah Records.