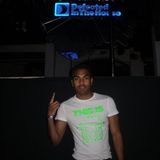 Never miss another
show from djdejavu

Deja Vu has been DJing from the young age of 14 where he started his career playing Jungle and Drum'n'Bass alongside Foamo under the collective name of Sound Pollution!

Deja Vu turned to the House and Garage scene and secured a number of residencies in Brighton where he gained a lot of recognition and followers as well as receiving awards for 2 of his Mix CDs which made him a recognised DJ within the scene.

Deja's latest CD series "Four Walls and a Roof" has been talked about by many worldwide and saw him gain a residency at the famous IBIZA ROCKS Hotel the last 2 years running!

More recently he now plays on www.housefreaks.co.uk every Saturday 5pm - 7pm playing all different types of House music, embracing his slogan of "This is House"

He's been known to to bring a vibe where Ravers of all ages can enjoy REAL music.