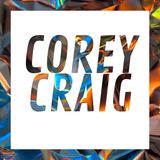 Corey Craig and his “Coreyography” brand have evolved over the past decade to a current state of House, Disco and Bass. His 2009 closing set for NYC Pride’s “Dance On The Pier” launched him onto the nightclub and party scene and led to residencies in the Fire Island Pines and award winning parties throughout Manhattan. His later work with top promoters and venues expanded his current demand for parties in Los Angeles (Man Upp, Masterbeat, Desert Tea), San Francisco (RealBad, BeatBox), Las Vegas (Matinee), Provincetown (Bear Week) and San Diego (Pride). In 2010, Corey made his debut in Sydney, Australia and has been a regular down under ever since spinning most recen...