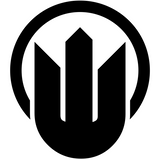 His music career began in 1993 with the smash hit "Rotterdam '93" which topped charts in Spain, and quickly became a hit all across Europe. Other hits from his Dr. DJ Cerla alias include "Everybody Pom Pom," and "Wonder" (which was co-produced by fellow Italian Moratto), which rose to be a #1 chart topper in Italy.

The Floorfilla project started in 1998 is Cerla's most successful to date. Starting in France (2000) and rapidly spreading across Europe, it scored 3 top-10 sales chart hits so far.