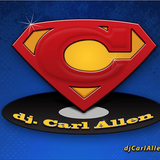 Never miss another
show from DJCarlAllen

http://djcarlallen.com. I have had many accomplishments over my career as an Event DJ and Production Manager. In 2003, I was honored with a Lifetime Achievement Award by Canada’s Stylus DJ Awards and inducted into “The North American DJ Hall Of Fame”. I have traveled the world as a DJ. I organized concerts including Doug E. Fresh, Lost Boys, AZ, Busta Rhymes, and more. I ventured into club ownership dating back 20 years where I also featured musicians such as Ali Shaheed Mohammed and Jaheim. In 2004, I began working with Beerilicious where I provide 4 days of entertainment annually at the Toronto Festival Of Beer to present. In every decade since I began working as a DJ, I have earned appreciation from thousands of fans internationally in Dubai, Asia, Europe and Jamaica as well as the U.S. In 2006, I continued to have one of the most popular and longest running shows Loungin on CKLN until the station closed. Presently, I DJ at TIFF each year among numerous other events in Toronto.