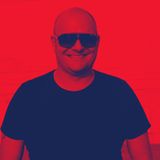 Never miss another
show from Budai

DJ Budai biography
Techno pioneer who established funky techno and founded a dance magazine in Hungary. He is one of the most outstanding figures of the Hungarian dance scene. His works are so diverse that it’s impossible to write about them in just a few sentences. Let’s have a closer look at the milestones of DJ Budai’s career.

Budai learned how to DJ at the end of the ‘80s, and then he began to build his career deliberately. He became second at the Hungarian DMC in 1990, then he got residencies at Hungarian clubs called Hysteria, E-Play and Dark Side. From the mid-90s, he became a regular at the two Hungarian super clubs (Flört, Palace), and from then on he has been a dominant figure in the Hungarian dance scene. With his friends, Budai founded the first dance magazine (FreeE) in Hungary in 1995 and he continued his mission there until 2005.