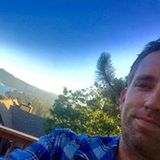 Bret has been gracing the decks for over 20 years, and has held residencies in OC, LA and SF. The founder of the re:love park parties in the Los Angeles area, Bret Wallace continues to deliver a solid blend of deep house, nu-disco, and everything in-between, to an audience that is reflective of his positive sound and energy. His most recent project, re:love, just marked its one year anniversary and is one of LA's finest summer events. His park parties are non-profit and always free to his friends and family in the LA Underground community. Originally from Huntington Beach, Bret finally made the move to LA in 2011, making LA his permanent home, after taking a long hiatus from the LA scene, while battling (and winning) a fight against cancer. With a new lease on life, Bret continues to make moves in the LA underground community, with several projects in the works.