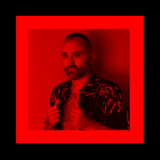 Born in 1970, Babybear (aka Yannick Barbe) is a French journalist based in Paris but music, since his teenage years, has a special place in his heart. Discovering house, techno and gay culture in the late 80's was a kind of shock: his life will never be the same. And deejaying more than a hobby. In 2006-2009, Babybear was one of the residents of « Yes Sir, I Can Boogie », the «electro-hairy » party at Les Bains (Paris)… before bears were trendy. He also played in famous parties and venues like « Beardrop », « Flash Cocotte », Wanderlust, Social Club or YOYO (Palais de Tokyo). Since 2014, he is the co-promoter and resident of MENERGY, the monthly acclaimed party which has reconciled gay shirtless club goers with house music. MENERGY has welcomed major DJs as Robert Owens, Marshall Jefferson, Terrence Parker or Andy Butler. Babybear's musical influences are various: house, techno, deep house and disco. Only the dancefloor energy matters. https://www.facebook.com/djbabybearparis