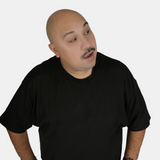 Never miss another
show from AUDIO1

AUDIO1 is an influential DJ/producer based in the San Francisco Bay Area. Over his 20+ year career, He has built a reputation as a highly skilled DJ who can adapt his eclectic, open-format style to any room he commands. This has made him one of the most sought-after DJs in the nation. From LA to NYC to Las Vegas and Miami, AUDIO1 has taken his talents on the road to some of the most prominent venues and has played direct support of artists such as Iggy Azalea, Rudimental, Lucas x Steve and more. AUDIO1 is also a renowned producer. His remixes and song edits, which give his sets a unique trademark sound, have been supported by DJs such as Diplo, Dillon Francis and VICE. With his diverse skill set plus his noteworthy career, It's safe to say that AUDIO1 is a force in the music industry.