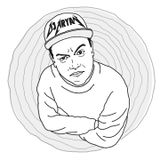 Aryan Magat aka DJ Aryan is a Manila based party rocker who specializes
in multi-format live sets such as Hip-Hop, EDM, Top 40 from classics to
current and Video Mixing. As a 15-year pro, he has handled residencies
around top clubs and night spots around Manila, headlining events and
festivals around the country plus guestings in Hong Kong and Ho Chi Minh
City, Vietnam. Some foreign acts he had shared the stage with are The
Triple Threat DJs, Leroy Thornhill of Prodigy, Joel Madden, DJ Shortkut
and DJ Qbert. During the first ever Red Bull Thre3style DJ Battle in the
Philippines in 2014, he bagged the 2nd runner up award on the national
finals. Among his other achievements, Pioneer DJ PH included DJ Aryan to
their official list of Top 20 DJs in the Philippines, making him backed
up by the world's industry standard in DJ gear. DJ Aryan is also an
instructor and co-owner at Beat Project Manila, the country's premier DJ
studio.