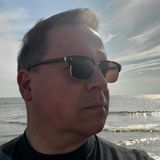 DJ PaKo was one of those clubbers, who experienced and celebrated the uplift of disco-ish and groovy House Music in the late 90s. When Electro and Minimal began to dominate the club scene after 2003, he switched behind the decks and started DJ-ing: On the one hand House Classics from the late 90s and Millenium, on the other hand present Nu Disco, Disco House and Funky tunes, which still exist, but rarely get the needed attention. This Music is his mission. Beside that, he adores Vocal House, Lounge & Chill Sounds and has played such sets at shop presentations etc.. He also plays extraordinary Classic 70s Disco Sets.

Since 2007 PaKo can be heard at bigger private partys. Since 2010 in clubs and bars in and around Cologne, too.