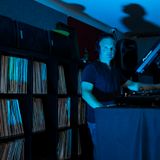 Never miss another
show from Marvo

Mike Dowson aka Marvo got the nickname due to his large appetite. He’s always Marvo. Marvo for food and Marvo for music. (Marvo being short for Hank Marvin which means ‘starving’ in cockney rhyming slang)

With an appetite for non-obvious Music, Marvo likes to play darkness and light, taking in tougher tech house and tribal, and contrasting with deep soul grooves to create flow and contrast in his sounds.

Had various releases as Deaf By Dawn with friends Peter Ryan and Rob Morris Tracks got noticed by Tony Thomas and releases followed on Cubic, Red Robot, Progress, Shiva and Moxi Records (pro.beatport.com/artist/deaf-by-dawn/67448/tracks)

After the sudden loss of his best friend and production partner Peter Ryan in 2013, Mike put his energy into building a studio as a legacy to Peter- PVR (Peter Vincent Ryan) Studios. (www.facebook.com/pvrstudio?ref=hl)

After two years of hard work the studio is ready and Marvo is hungry once more.