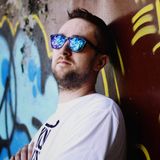 Never miss another
show from TOM45

TOM45 -- DJ, event organizer, founder of ‘Deep Sesje’ project which took 4th place in the Munoludy 2014 (Polish club plebiscite) poll in category “Discovery of the Year”. He played alongside artists like Neevald, Bartes, Malvee, Dawid Korniak, Daniel Zachodni, Maxx, Miqro, Maiqel, Milkwish, Mibro, Nathan Pole, Lucas Lichacy, Michael Poon, John Acquaviva, Mauro Picotto and UMEK. Through the evolution of taste and openness he firmly stands in the Deep House world. Since the beginning he has great respect for technical music, therefore his sets are not one way orientated in one genre.
Personally he loves light, electronic music as well as what he calls Chilli House, which he presents with passion during his performances on “lazy parties”.
In 2017 he became a radio resident of Ibiza, Formentera and southern Spain. Every Saturday on the Beach Grooves Radio at 11 AM, you can listen to his own Solo Ritmo Radio Show at 101.1 FM.