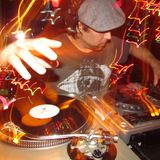 Expect prolific and thoughtful mixes with New Releases, Classics & The Obscurities in varied combinations for every mood and occasion here!!!

Jackmaster Flash started djing in 1984 and has since been headlining a who’s who list of Venues and Shows ranging from the most intimate VIP Parties to more famous Clubs and Parties in major cities over the last three decades. A DJs DJ, Jack MF is recognized, compared to and credited by Legendary DJs of all generations. He is also known for producing his own influential events as far back as 1986, including the famous Full Moon parties that took place all over East and Midwest in the early nineties and for leading “A Book Called Galanta” a group that greatly changed the direction of Rave in the South in 1993.