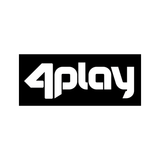 Never miss another
show from Clément aka Dj 4play

Get Down Vol.4
by Clément aka Dj 4play

Matthew Clement has been a fixture in the scene since its inception on the South Korean peninsula. Hailing from Canada, this connoisseur of seductive dance beats brought a unique style to the clubs. 4PLAY as he is aptly named brings not only experience, but passion to any event that he is performing at. His versatility as an artist has him opening, headlining, and closing some of Korea’s finest venues and events. Clement’s appearances and residences place him amongst the most sought after DJs on the peninsula. One of the peninsula music ambassadors, he has hosted his own radio show, co-founded Dojo Lounge (one of Seouls leading underground clubs), and presently holds down two residences that defy the notion of the morning calm. Anyone who claims to be a clubber knows of this iconic figure. His signature phat funky beats and epic house bombs are his trademark.