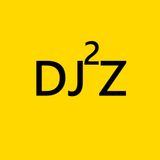 Jorge Zurita (a.k.a. DJ JZ) identified his taste for music from a very young age.

He always had the support of his parents and this allowed him to acquire his first plates and mixer and to take his first steps in the mixes in the 90's in his hometown.

His academic, professional (as a computer engineer) and personal (as husband and father) duties temporarily separated him from this fascinating world and it was not until recently that he resumed it.

He was always self-taught and so he decided to join DJ College Venezuela with a view to improving the technique and training in the hands of well-known DJs including José Russo (a.k.a. DJ DESTRO) and Angel Martinez (Angel Matt) whose has been his mentor and friends.

It is of those who like to mix all the rhythms (because of its Latin - Venezuelan origin) but has been perfecting and specializing in the House.