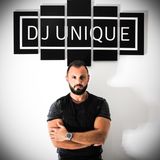 Support DJ Unique by subscribing directly to this channel and get access to exclusive rewards.

Farid was born in Beirut, Lebanon in 1987. He grew up in the middle east listening to all genres of music.
In July 2016, Farid decided to create his own mixes of Deep House Music. He started learning how to mix the tracks smoothly, creating his own way of mixing the tracks that he loved the most.

Few months later, Farid was able to upload his own sets on the internet, mesmerizing his new fans with his own taste of music.

In October 2017. Farid launched his show, “The Unique” which is broadcasted weekly on Soundcloud & Mixcloud and other music streaming platforms.

Farid is also a resident DJ in BeachGrooves Spain & MixFM Radio KSA, presenting his weekly show with the latest tracks.

His first release was in 6 July 2020, “Desire”, available on all music platforms