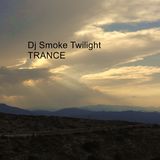 Dj Smoke twilight’s Bio
Dj Smoke Twilight, is a trance dj producer. From Mexico city. Who have been inspired through the years, with a lot of musical successes.
In his early beginnings, he was known by the nick name dj twilight. His first records in youtube got thousands of plays in a very few months. But his name was stolen, He really loved long ago, making his own music, and he has a lot old school influences, such as Gigi D’Agostino, Paul van Dyk, Johan Gielen cosmic gate, Roger shah, and indecent noise
Once he got a radio station channel music, The radio station name was called desorden comun, and world music. He also achieved the great success in a Mexican radio station beat 100.9. In the section of free style selection that was tuned on Saturday. He got 8 stars in his mix. While other dj’s got just two stars ratting. He made it four times with the same success. And then comes the recent times…. He got a new dj name: Dj Smoke Twilight making a lot of remixes in some of web pages l