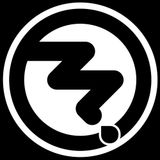 An international nomad…. This DJ was born and raised in Cleveland Ohio, and has been captivated by electronic dance music ever since he skipped his University orientation to attend his first rave back in ’95 known as “The Church”, an experience forever engrained in his mind and the eventual courtship with his passion for music.

With early influences coming via house-centric cities such as Chicago, Columbus, Detroit, Pittsburgh, New York and Toronto, Michael.C surrounded himself with everything that was available. Influential DJs were many (too many to name) and in 2000, Michael.C took his first step(s) onto the other side of the dance floor.

Holding residencies at the legendary Blue in Miami (USA), Hype in Buenos Aires (ARG) and Deep In It in Lima (PER), Michael.C has and is constantly exposing his unique fusion of house music to discerning ears from all around the world.