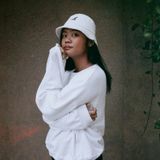 Never miss another
show from DITA

SUKU MIX: Bloom and Gloom by Dita
by sukuhomeReposted

Hive Mynd [2016]
by Beyond The Wizards SleeveReposted

your average cusp of exposure.

Being born and raised in New Delhi, India, Dita Putri Widyanti - or better known as Dita - has spent most of her music career in Jakarta. Her third-culture upbringing has highly influenced her selection style towards a more diverse palette of tastes, ranging from Acid House, House, Disco and Breaks. Her sets pay tribute to both her native homes, bringing the spirit of both to the mix.

Curious about local gigs in Jakarta, Dita has been building her set selections from early 2014, and further in her career, Dita has had the privilege to presently be the resident DJ of Potato Head Beach Club, Bali.