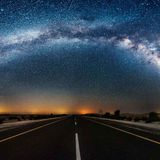 Never miss another
show from distortedheadache

Colin Faver - Enter The Future Of Dance - 1993
by distortedheadache

P.S. Do not expect any UK garage recordings or related stuff though as I was never keen on that scene or music as it was actually very mainstream. Found it too posey with attitude. Not a fan of the music either.

Also will try to feature some old Colin Faver (R.I.P.) and Colin Dale sets as they both influenced my taste in music and these guys later played on a legal station but did not compromise on style or sell out to the commercial or mainstream crap. They stayed VERY underground, more experimental side of things. Especially compared to their peers on the same station. But even compared to some pirate station DJs which increasingly turned to the very cheesy side of things with speeded up chipmunks etc.