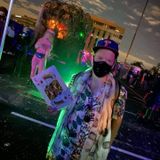 Never miss another
show from DigitalDavy

DigitalDavy a DJ from Pennsylvania has garnered fans from his ability to move seamlessly from Nu-Disco into Deep House. Fun and danceable, fans and newcomers alike find themselves on the floor dancing any time he hits the sage. His tasteful blend of deep house beats and nu-disco flavor turns any party into a dance party. DigitalDavy has played with Bothers Past, members of Lotus, Archnemesis, The Manhattan Project, Mantis, Funkbot & the Love Explosion, Push, Charles B, FDR & the New Deal, amongst others. He also is well known for collaborations with drummer Scott Kapp from Funkbot & the Love Explosion, FDR & the New Deal, and Mantis.