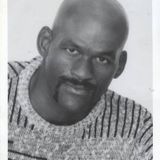 Never miss another
show from diconcepts

Born in Hattisburg, Mississippi Michael first interest in radio was when he was at college and he volunteered to do a show playing heavy metal music at the school station. He liked it so much he basically lived there. The program director finally gave up and gave him the key. After college his first radio job was in Hattisburg, Mississippi where he won several awards for air host. He also was nominated for several awards involving local theater for live voice narration of plays. Moving to Gulf Port he worked for several stations including being a host for a country station and an alternative rock station. He also did a television PSA for the police department involving teen violence that received regional attention. Moving to Las Vegas he worked for talk, jazz and RnB stations while gathering a reputation for writing commercials PSA’s and liners for local talk shows while doing voice work in Burbank, California. My philosophy “The best career path is one that includes making a living,