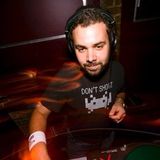 Never miss another
show from despenser

Ed Started composing dance music at the tender age of 13, and moved on to DJ'ing after swapping his first car stereo for a pair of belt driven numarks at 17. After another year, when he was legally able to drink, he ran his own club night at Three Fat Fish bar in Exeter, then went to Uni - forgot about music and focussed on working in TV. At 23 he bought some technics, and last year started the very successfull charity ElectroTherapy nights, which have been hosted by Gramaphone, Star of Bethnal Green and Corsica Studios, He has also DJ'ed at the Egg, and numerous other clubs/bars/parties around the capitol.