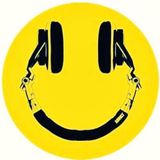 Never miss another
show from DEREK The Bandit

DEREK"TheBandit" spent 16 years on 5FM in South Africa. Then four years with MIX 93.8FM. DTB released 23 successful commercial dance compilations under the moniker “TheBandit”. He has also partnered with some of the worlds biggest record labels, including Ministry Of Sound, Virgin and EMI Music. With guest appearances around the world alongside the likes of Paul Van Dyk, Carl Cox, Pete Tong, Judge Jules and David Morales he’s carved out a space, that for close on two decades.

From dance to digital, to analogue and back again, in 2005 www.Soundrepublic.co.za was born as a brainchild that has, since inception, connected more people to the first-to-market podcasts!