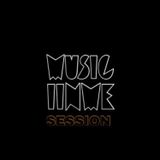 Never miss another
show from Musicinme™

Mtoffy-Deep soul Groover
The name says it all, its deep, its soulful and its sure to get you grooving. Emerging from
the trivial town of Newcastle, comes this suave styled Dj by the name of Mtoffy.
His humble beginnings started off in his own hometown where he was predominantly
known for his uncompromising selection of his soulful house tunes. Mtoffy developed a
massive and loyal fan base in his area and slowly picking up nationally.
He then was normed and whisked away by his now current Record label BBB Music
where it’s seen his official release in the 3pack Club 808 Series, with his disc titled 'Deep
Soul Grooves'. It features some of the label’s finest previous successes like C.9ine,
Liquideep and T-Solo, along with internationally - interested entities (like Fish Go Deep
& Stephanie Cooke) and it firmly represents the future of the label behind Mtoffy’s
vision and drive in the deep house genre