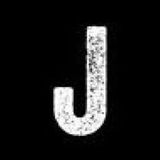 Never miss another
show from StriCt

Puzzelstukken 3.0 (Mixed By StriCt)
by StriCt

Dutch DJ / Producer StriCt, have been traveling the uncharted terrains of music for over 15 years now and has developed himself as one of the most opinionated and versatile artists who found in The Netherlands. A shy and modest artist who likes to keep a shroud of secrecy around himself.. StriCt's musical inspiration is taken from Ambient, Avant Garde, Bass, , Drum&Bass, Dubstep, IDM, Minimal, Obscure Electronica, Techno and so much more.

In recent years, he has evolved and showed his many musical sides in a clear way to his fans, as StriCt or as one of his aliases.
From 2000 till 2016 he played lot's of local, regional and european venues as StriCt, Knëttertøps, Jûhroen, Noise_A_Rush, Rosto&StriCt, & Puzzelstukken..
But after the tragical death of his friend and colleague he put Puzzelstukken on hold.
From then on it got a llitle quiet around StriCt. Due to heavy fracture on his foot he’s now permenant disabled.
So StriCt will no longer be DJing on stage...