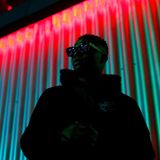 Patrick Appiah better known as Ricks is a Dutch/Ghanian DJ from
Amsterdam. Ricks has had a strong preference for music since an early
age. Guided by a mentor he has been honing his dj skills since 2010.
Ricks is mainly known for his strong Afro sounds, but his Hip-Hop & RnB
sounds are also very strong.
He is one of the resident deejays of the successful Afrolosjes event, he
played at several festivals like Amsterdam Open Air, Appelsap, Lowlands,
Encore Festival and many more.
But also outside The Netherlands; he played in London, Germany and
Ghana. Next to gigs, he had a weekly radioshow for a few years. And
offcourse you can find him during ADE every year. He knows how to
entertain the crowd with his energetic performance; even the oldest
daughter of Barack Obama went wild during Ricks' set in the former Sugar
factory in Amsterdam!

In the future we will certainly hear a lot more from Ricks!