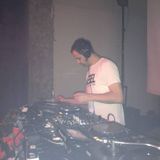 One of East London’s own, DJ Smokey-T has been DJ’ing for over 15 years and is a regular on the scene.

Getting into the underground scene early on, he was inspired to buy his first set of decks at 18 from listening to radio in the early 90’s. He’s been featuring in shows and events ever since!

He started out with a couple of years at a small local station, but quickly developed his talents and landed a spot in the Vision family, starting with a Friday evening slot, later moving to a Thursday night where he’s made a home with his feel-good Thursday show and has been growing his regular listeners ever since.

All the while, DJ Smokey-T has been invited to play at various events, bars and functions – taking his loyal followers along for the ride.
Creative, refreshing and loyal to the old skool!