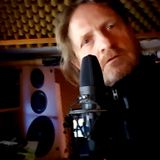 Never miss another
show from daveonline

Dave Wakeham has been a professional Disc Jockey and Presenter many years and possesses a massive archive of vinyl , CDs and music rarities that go deep into the recesses of the Club and Disco scene. Dating back many years.
Originally from Liverpool England , Radio wise , Dave Wakeham was influenced by the great DJs of the seventies , from Radio Caroline, Luxembourg, BBC radio 1 . Club wise, the Jazz Funk and Soul club DJs as well as whitnessing the arrival of the New Wave , House music and other music scenes. This took him on a long journey through the world of DJ based entertainment through various countries and agencies during the eighties to eventually end up in Hamburg Germany at the beginning of the nineties. Dave has worked extensivly in Clubs and radio towards the end of the 90s and Events into the millenium. Dave has produced over a thousand hours of radio, worked in over forty clubs, in ten different countries, and now speaks fluent German as well as his native English.