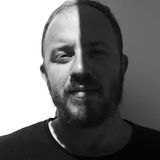 Dave Mun is Davide Munerato, a DJ/Producer from Thiene, Italy.
After starting his DJ Career in Italy Dave moved to London and gained 10 years of experience in a number of high end London venues; these include Ministry of Sound, Egg and Pacha London and has also appeared in Mixmag’s infamous ‘LAB’.
Dave’s clever, twisting, unpredictable, minimal deep techno style naturally lead him to Berlin, where he played several times in some of the most in demand and attentive venues.
Dave moved south to his new home of Ibiza in 2018 where he played different gigs at Sankeys, Pikes Hotel and Bora Bora ….short trips across the water to Valencia and several further gigs in London’s Egg have seen Dave performing frequently on some of Europe’s most diverse and respected stages including events at Amsterdam’s ADE.
The quiet winter months in Ibiza are a perfect opportunity for Dave to work on his production in the studio. In 2019 his first tracks released on Raise Records, Nighvisions, Finder records.