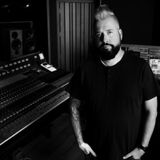 Dave Audé is on time and on track. His programming, professionalism and beats all reflect his characteristic ease within the realm of mathematical, electronic music. It is this unconventional combo that brings such presence and personality to his music and has brought him acclaim from both his fans and his contemporaries. There’s no pretentiousness or slickness to Audé. He’ll tell you straight up “it’s about the music, it always is.” It is this philosophy that has generated more than 100 #1 Billboard successes and earned him his first-ever Grammy nomination and third IMDA nomination.

Since he first emerged in the ‘90s, Audé has run up an astonishing roster of Billboard Dance hits—both under his own name and in service of other artists, including U2, Zedd, Beyoncé, Katy Perry, Rihanna, Lady Gaga, Britney Spears, Selena Gomez, Bastille, Ariana Grande, & One Republic.