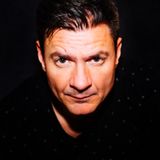 Dj producer,manager & event organizer,born in Belgium from Italian parents.
He start to play at the age of 16 when he organise "New Wave" Parties at this time.
When the "New Beat" and "House" movement made appearance in Belgium he started to play as guest Dj in best clubs & different places.
he Played in the most famous club in Belgium & parties…Resident Dj From 1990 till 2010 in the best Belgian clubs.
Also played outside Belgium like Holland,Germany,Luxembourg,France,Ibiza,India,Thailand...
Played in the best Ibiza places like Bora Bora,Blue Marlin…
Artist from Chrom Recordings Ibiza,SecondSun group & Planet Ibiza from 2015
From 2016 Dava now is Event Manager for Planet Ibiza.
Dava have also have his concept Superdope with some friends.
Dava had also different Radio Show on Beachgroove Radio & Vicious Radio with Planet Ibiza.
From April 2016 he is resident Dj on Kondo Beach Radio Show
Contact: deejaydava@hotmail.com
www.djdava.com