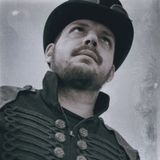 Never miss another
show from Darrien

Darrien grew up in the halls of the legendary, meanwhile closed Rohstofflager. As a resident techno DJ, he frequently turned the vinyl there for many years and in the end, also the last record that was ever played there. But he also excelled himself as a DJ and organisator in other renowned clubs such as Cabaret, Hive or Café Gold.

Already in the summer of 1995, he started to teach himself the art of playing records, after techno music in the nineties conquered his heart. Contrary to the house- and trance-culture at that time, Darrien put functionality and rhythm into the focus of his DJ sets. Thus he fastly turned out to be a virtuose mixing artist, who optionally played with two or three decks. Although his musical range is wide, his sets are always characterized with an impulsive forward groove and with advanced technical interweaving of the used tracks.