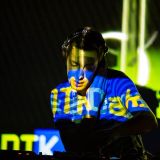 Never miss another
show from DTK a.k.a DarkTechnik

DarkTechnik was born in 1987 in the capital of Bulgaria – Sofia.
His music experience began in 2005 when he was 17-year-old. He started mixing electronic music and his interest was into the hard music. His first event was in 2006. After that he organised many hard-techno parties with local and world wide guest dj's around Bulgaria.

He has other Hard-Techno project with his friend Hardinal V, where they play two mixers and four decks sets and make author music under the name Balkan Hard Project.

In 2013 It's time for some changes and variety, that's why he decided to start a new drum and bass project under the name " DTK ".