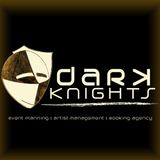 With the novel yet suiting title of Dark Knights, Montreal’s premiere techno cavalry will submerge an audience into a sea of forsakenly dark sound waves that progress and accompany a crowd through a world only suitable to true techno and EDM aficionados.

A Dark Knight’s event encompasses a satanically delightful set of variables which allows DJs to feast, in a cannibal-esq manner on the raw energies brought forth by an unrelenting crowd. Originally created to complement Montreal’s already fruitful electronic dance music scene, Dark Knights present an arena for like-minded individuals to share a both technical and emotional relation to their similar yet contrasting musical styles.

To truly appreciate a night with the Dark Knights, one must be physically and mentally prepared to have their bones shaken and minds tormented by a heavy set of musical artillery that drops bomb after bomb on a crowd of techno-smoking, bass abusing lunatics. .