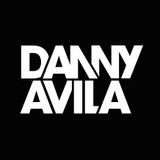 To have achieved what Danny Avila has at the age of 25 is phenomenal enough. With a feisty production sound and a unique DJ style, he is a breath of fresh air in a world where many artists are happy to stick to the same formula. In Danny’s eyes, DJing is a form of art, hence the variety of genres from techno to big-room and from tech-house to trap, always finding a way to take people on a journey. In 2017, he made the highest re-entry to the DJ Mag Top100 DJs 2017 poll at number 52, while in 2020 reaching number 38, still being the highest ranked Spanish DJ ever. His music has been released on major labels including SONY, Interscope, Musical Freedom, Spinnin’ Records and Ultra Music, or, like his recent singles “Remedy“, “My Love“, and “The Unknown”, on Don Diablo’s label Hexagon. And there are many more yet to come, including collabs with Don Diablo, Sam Feldt and Lucas & Steve to name just a few. On top of a history of hundreds of million streams and weekly radio shows, he also count