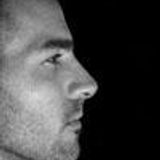 From Lausanne, Switzerland and born in the age of disco, Daniel dB was quickly drawn to music. At five years old, he was already playing the flute. By the age of eight, he had met his first true passion: the guitar.

With four of his friends, Daniel dB starting putting on parties of his own and DJing. As the months passed, Daniel was regularly playing in Lausanne’s bars and meeting the musical leaders that would help him find his own special style. Little Louie Vega, Tony Humphries, Erick Morillo or Laurent Garnier quickly impressed him both for their track selection and technical prowess.

After this, in 1995, his first club opportunity arrived with an evening in the "parloir room" of the world-famous MAD club. He soon became a resident, working the main dancefloor into shape for the world’s best house DJs. In Europe he has played from Belgium to Spain, from Portugal to Germany and Italy.

His sets can be regularly heard on Swiss radio and at Switzerland’s biggest events.