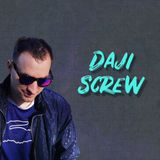 🔈 🅳🅰🅹🅸 🆂🅲🆁🅴🆆, since 2003 he belongs to the top of what EDM and House Music means in the Czech Republic.

🔈 But he reached the top in 2019 with several great releases that got to major dance charts,hundreds of radio stations worldwide and were supported by well known artists.

🔈 The second mentioned song even got its own σffι¢ιαℓ мυѕι¢ νι∂єσ which was well accepted by the public, making it one of the best original videos of the year.