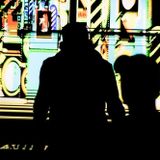 Never miss another
show from bullet

Bullet, born lucky in 1975, was able to experience the late 80’s and complete 90’s with all their temptations. He developed a deep love for Frankfurt trance and techno sound which lasts until today. Clubs like legendary Dorian Gray, Omen or U60311 became his second home and shaped the desire to act behind the turntables. In addition to several residents in local clubs performances in the Palazzo in Bingen and Euro Palace Wiesbaden as well as several tours inside Germany fill his biography. He also was resident at one of the first internet radios (cyberchannel.de) during weekly cyber night. Bullet represents and lives for trance and techno sound of the 90s.