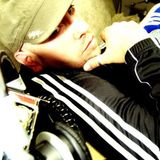 Craig Leko is an American electronic musician, label owner of Tharsis Records, and performer on the club/festival circuit, based in Baltimore.Leko began his production career in 2008 after having been a club DJ since 1992. As a long-time resident of Baltimore's Bass Nation movement and Starscape Festival, Leko has added an insatiable thirst for gritty, grimy bass to his dark melodic style. Although his most accredited work has been fidget, electro, and progressive, his roots and soul are in drum and bass. Spinning clubs and festivals since 1992, and radio shows in New York, Miami, and around the world since 1998, Leko has witnessed the emergence and evoloution of the electronic dance music scene. When asked about sustaining such a long career as a professional DJ, Leko replied "I don't try to define it. Music just makes me happy, and we gather up a few people along the way who feel the same."